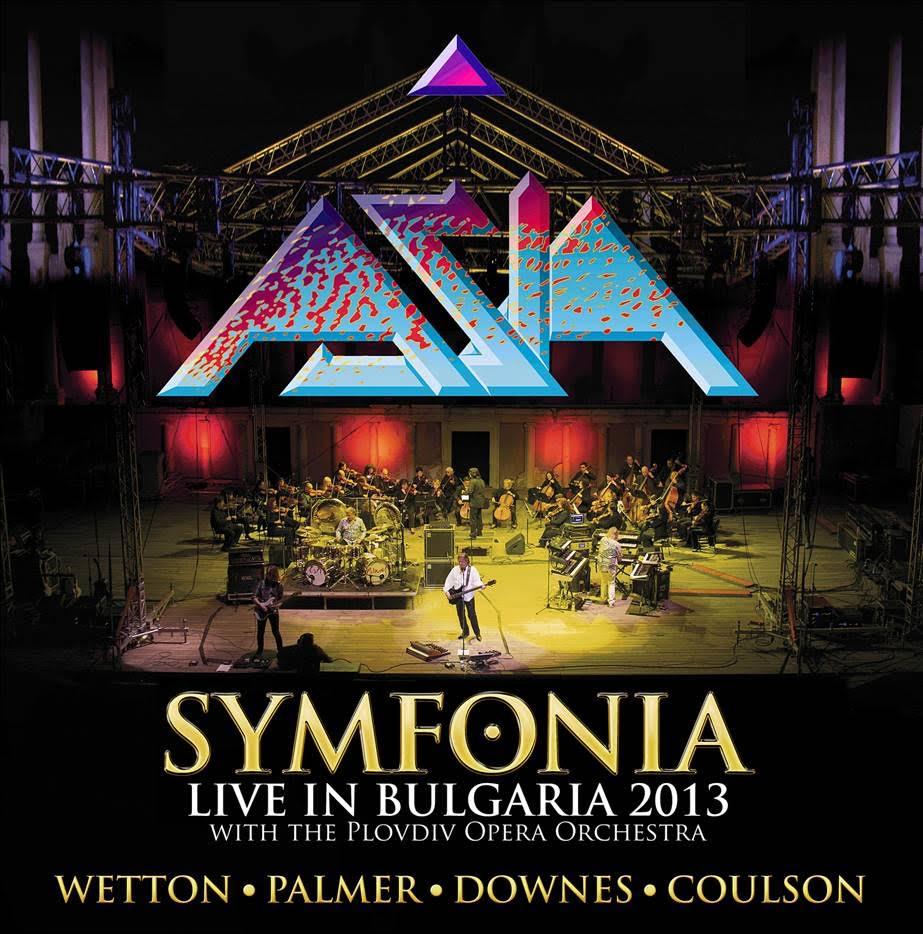 “Wetton is best remembered on this one for a song that casual Asia fans do not even possibly know…”An Extraordinary Life” John had one indeed… and we are all the better for it.”
-Classic Rock Revisited”

“The biggest hits by the band shine as they are delivered with the precision that only this kind of musical performance can bring.”
-Classic Rock Revisited”

“The most enjoyable live album of the Asia catalog (and they have issued a lot of live albums).”
-Spill Magazine-

“Asia’s music is some of the best out there, beautifully fusing pop and prog, and this spirited live performance in Bulgaria shows that, even up until the years immediately before Wetton’s passing, they were still at the top of their game. A recommended release for any fan.”
-ZrockR-

Today, Frontiers Music Srl is proud to release ASIA’s new live album “Symfonia – Live In Bulgaria 2013”.   In celebration of the live album’s release the band has unveiled a performance video for  “Heat of the Moment”, ASIA’s chart topping 80’s anthem.

While certainly not the intention when it was originally scheduled, in light of John Wetton’s recent passing, this release serves as a tribute to the late, great, legendary bassist and frontman, who passed away this January following a battle with cancer. R.I.P. John Wetton, it truly was an “Extraordinary Life” you led. Thanks for all the music!

And of “Only Time Will Tell”:

The album is available for purchase here: http://radi.al/Symfonia and at the links below:

Stream the album on Spotify – http://radi.al/SymfoniaSpotify