Musician, songwriter, singer and “top bloke” (as Geoff Downes describes him), John Wetton lived a truly extraordinary life. In this book some seventy-plus people who knew and worked with John, from Family, King Crimson, Uriah Heep, Wishbone Ash, Roxy Music, U.K., Asia, the John Wetton solo band and beyond, pay tribute to that fact. Other contributors hail from the music industry and have compelling tributes to pay, equal to those from friends who knew John for decades, and his family.

Among the stories of friendship, music and sometimes craziness are reflections on what made John Wetton such an unforgettable man. His friends and family do not steer clear of his problems but rather explain the why, how, and triumph over them in honest and touching recollections. Scattered among the stories are personal and classic photos of John at work and play which add to the celebration of An Extraordinary Life.

Five years have gone by since the day that broke the hearts of countless John Wetton fans.

Five years since John said goodbye, changing life as we know it, and leaving a void behind which could be filled only by the immortal notes of his music.

Five years that saw the world going through an unprecedented test and being frozen in its steps, for long, silent months.

As the planet laid dormant and ran frantic at the same time, the world of JW took a respectful step back, putting projects on hold and waiting for everything to heal. However, the die was cast and the quiet times gave many of John’s friends, family and associates a chance to reflect and pay tribute, contributing their personal stories to the creation of the ultimate homage to his immense creative talent.

Like in all the best stories, there’s laughter, tears, love, passion, angels and demons, the roller coaster of, you guessed it, an extraordinary life.

Thoughts from Geoff Downes: Right now I am thinking back to what is exactly 5 years since we lost my great friend and musical collaborator, John Wetton. Not a day goes by without raising a thought to his memory. I miss his company greatly, not just in musical terms but also his wonderful sense of humour and friendship. That is something I will always cherish. But with that sadness, comes great joy that I was blessed with his presence in my life. The many songs we wrote together are timeless, and will hopefully be played, enjoyed and remembered for all eternity. That alone is cause for celebration. So John, I salute you dear friend. “Ride Easy” and “Till We meet Again”. GD x

ASIA, one of the greatest and best-loved supergroups to emerge during the 1980s is currently preparing for an extensive 40th Anniversary celebration, due to kick off in summer 2022. Featuring founding members Carl Palmer (ELP, Crazy World of Arthur Brown) and Geoff Downes (Yes, The Buggles) the group will also include long time bassist/ vocalist Billy Sherwood (Yes) and newest member, guitarist/ lead vocalist Marc Bonilla, (Solo artist, Keith Emerson Band). The band is currently being booked for a US tour to start late summer this year.

“40 years of ASIA is a real musical milestone for us,” says Geoff Downes. “The success we experienced with our early albums has carried us through and gave us the foundation when we reformed in 2006. ASIA has been together ever since, although we lost John in 2017 to cancer. Still, we have endured and will carry on now with Marc Bonilla, who we know will be a great addition to the band.”

“The fans have never left ASIA,” says drummer Carl Palmer. “That first ASIA album with all those radio and MTV hits weaved the fabric of the music scene in the early 1980s. Those great songs like ‘ Heat Of The Moment,’ ‘Sole Survivor,’ and ‘Only Time Will Tell,’ still hold up today. When we play those songs and our other hits, we can see the entire audience singing along.”

ABOUT ASIA: Geoff Downes (The Buggles, Yes, keyboards), Steve Howe (Yes, guitars), Carl Palmer (Emerson, Lake & Palmer, drums) and John Wetton (King Crimson, UK, bass/vocals), took the world by storm with their eponymous debut album, globally the biggest-selling album of 1982, and the single Heat Of The Moment. ASIA was a true ‘supergroup’ pooling the talents of its four members who had already amassed tens of millions of record sales with their collective bands of the 70s. Leaving behind their progressive roots, ASIA embraced the commercial FM rock sound that dominated US airwaves and took that, and the new MTV video channel, by storm. The single Heat Of The Moment was a world-wide monster smash and their eponymous 1982 debut album spent an incredible 9 weeks at No. 1 on the Billboard chart as ASIA became the biggest selling album of the year and world tour dates sold out.

A second album, Alpha, was released in 1983, followed by Astra in 1985. The four original members reconvened in 2006 for a world tour, to celebrate the 25th anniversary of that incredible success, and the album Phoenix followed. While the members were still heavily involved in other projects, they came together again to record Omega in 2010 and XXX in 2012, both albums were acclaimed by their faithful fans and supported by more world tours. Steve Howe stepped back from ASIA to concentrate on his work with Yes and was absent for 2014’s Gravitas. Following this tour came the news of John Wetton’s treatment for cancer, a fight he sadly lost in 2017. Asia was special guest of Journey for an extensive US tour in 2017, and in 2019 the band toured with Yes within the Royal Affair tour.

“We are planning an extensive tour to celebrate our 40th,” adds Downes, “and the music will feature all the hits the fans have embraced. Stay tuned! It will be show you won’t want to miss.”

ASIA THE OFFICIAL LIVE BOOTLEGS – VOLUME 1 is available where records are sold or ORDER HERE.

The dragon has risen again.

Two years after the band’s critically acclaimed and successful US trek opening for Journey, an all-new ASIA line-up will return to concert stages across North America as special guests of the YES “ROYAL AFFAIR” tour. The influential British Rock band that rose to the top of the charts with its initial albums and a number of hits including “Only Time Will Tell,” “Heat Of The Moment,” “Don’t Cry,” and “Sole Survivor,” returns with a new line-up that includes founding members Carl Palmer on drums, Geoff Downes on keyboards and backing vocals, and current Yes bassist Billy Sherwood.

Joining the band for the first time is lead guitarist and vocalist Ron “Bumblefoot” Thal, an acclaimed solo artist and former member of Guns N Roses for eight years. Thal is also in the prog-rock band Sons Of Apollo.

The invitation to join the band came from both Palmer and Downes, after Geoff had worked with him in a project called The Platinum Rock All Stars. “Ron is a remarkably innovative guitarist,” says Downes, “with a multi-range lead vocal ability. I believe it will give our material a whole new dimension.”

Also appearing on the tour with YES and ASIA, will be Moody Blues member John Lodge and his band and Carl Palmer’s ELP Legacy, with special guest vocalist, Arthur Brown. Founding member and original guitarist Steve Howe will join ASIA on stage each night on the Royal Affair tour to play on a few of the band’s biggest hits and honor the memory of his friend, John Wetton. It will mark the first time Howe has performed with the band since his departure in 2013.

Asia’s debut album exploded onto the music scene in April 1982, featuring Billboard top 10 classics amongst six radio hits. It became the best-selling album in the World in 1982. Featuring Geoff Downes on keyboards, Steve Howe on guitar, Carl Palmer on drums and John Wetton on lead vocal and bass, Asia was the logical successor to their collective bands of the 70s – Yes, ELP, King Crimson, UK and The Buggles.

Asia became one of the most played acts during the first year of MTV. Throughout most of ’82, Asia ruled the radio airwaves and MTV, selling out every date on tour as the debut album crushed all the competition in record stores around the World.

The original line-up of ASIA reformed in 2006. It was the first time the four original members had worked together in 23 years. After Howe’s departure, the band regrouped in 2013, with guitarist Sam Coulson and a new studio album, Gravitas, followed. Tragedy struck in January 2017, when John Wetton lost a valiant battle against cancer, just as the band was about to embark on a 43 date tour opening arena shows for JOURNEY. Despite this huge loss, the band recruited old friend bassist Billy Sherwood from YES and completed the tour, triumphantly. In 2018, Coulson left the line-up to concentrate on solo projects, with sincere gratitude from ASIA for his five years of contributions.

“”The original members of Asia were progressive musical heroes of mine,” says Ron Thal. “ It’s a great honor to be asked to play with these legendary musicians with a legacy of great songs, and also contribute some of my own musical ideas. Very much looking forward to our time on the road together.”

“There is a great energy when we step on stage,” says Geoff Downes. “We can feel it and I know the fans can feel it.” For ASIA’s long-devoted fans, the band’s return to the concert stage cannot come soon enough.” And Downes confirms: “It is what John would have wanted”.

As Carl Palmer has said in the past: “Performing on stage is where this band truly comes into its element. Seeing the fans reacting to our music is what makes it all worthwhile. It is the fuel that drives this train we call ASIA.”

ASIA on THE 2019 “ROYAL AFFAIR TOUR” with Yes, The John Lodge Band, and Carl Palmer’s ELP Legacy with Arthur Brown.

MORE DATES TO BE ANNOUNCED!

Watch the promotional film about the ROYAL AFFAIR TOUR:

Two years ago, John Wetton passed away after an extended battle with cancer. John remained optimistic throughout, and expessed excitement about an upcoming tour with Journey. He is missed immensely, but the musical legacy he left behind continues to be celebrated—it remains a cherished part of so many lives.

An extensive and modular box set celebrating John’s life and legacy will be released this year, including new contributions from John’s many peers around the world.  Stay tuned to @officialjwetton and @qedgmanagement for news as it happens. 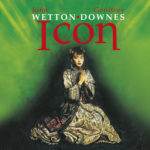 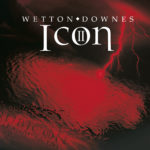 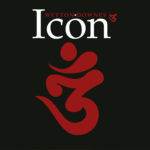 The John Wetton Estate and Geoffrey Downes are pleased to announce the re-release of the iCon Trilogy of albums, now remastered with bonus tracks in six panel digipacks.

The re-releases have been personally overseen by Geoff Downes and are intended to be a return to the marketplace of individual albums for fans who may wish to purchase a definitive edition.

Of his song-writing relationship and the formation of iCon, Geoff Downes says, “Throughout my entire career, there is no doubt in my mind, that some of my proudest achievements have been the songs that I wrote with the late John Wetton. Not only were we great friends, but also blood brothers in the song-writing department…We also had the luxury of working with some of the finest musicians in the world who were willing participants in the project.” 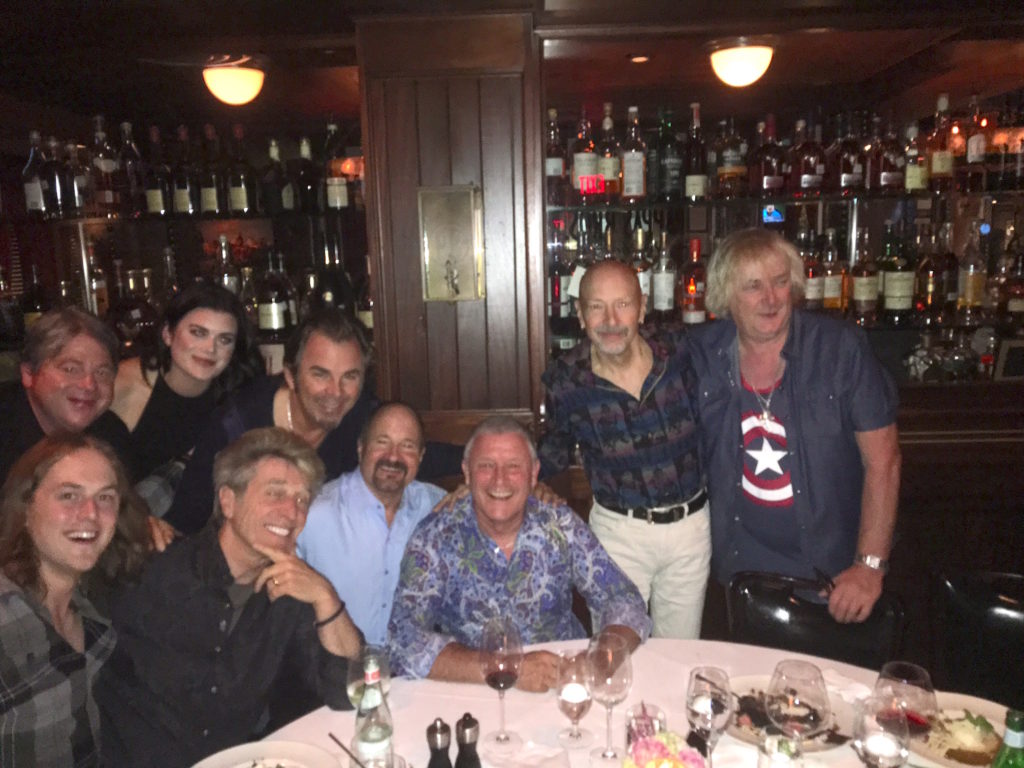 The members of ASIA and JOURNEY  (bands and crews) recently took time from their sold out US tour to have a dinner together at the trendy Pappas Bros Steakhouse in Houston, Texas.  A great time was had by all. 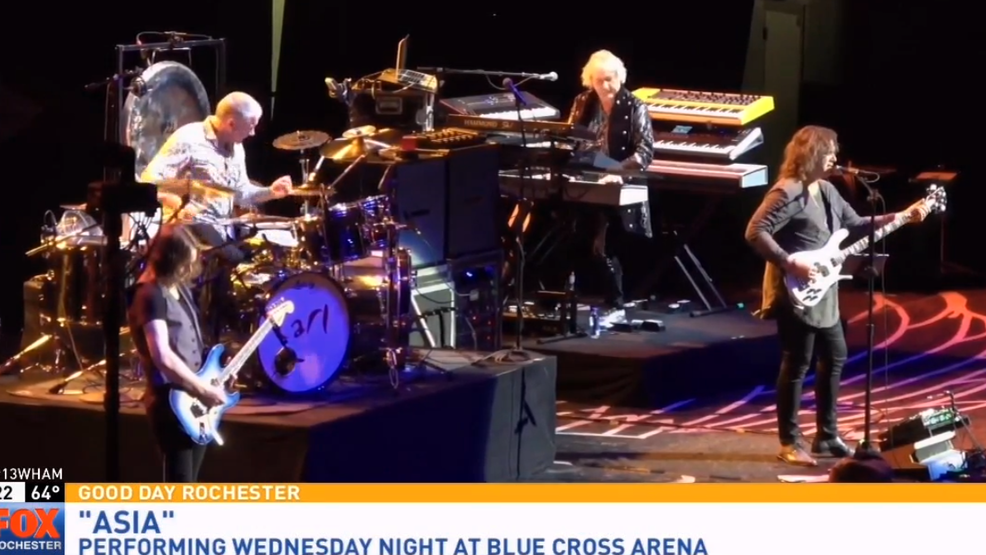